How to Make Money from AdMob app integration? 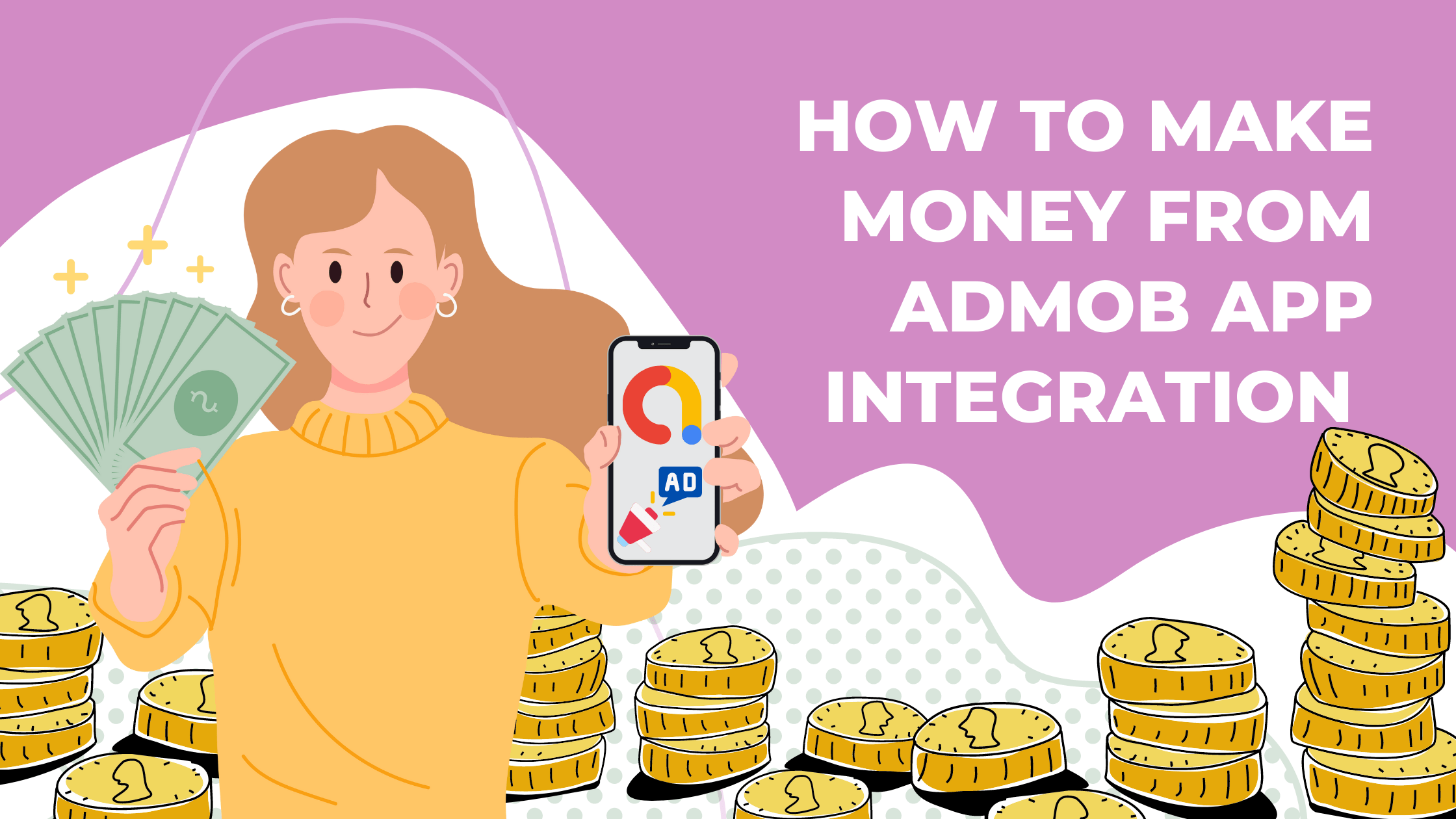 Do you want to learn how to create an app for free and make money? Then you might have heard of Google AdMob too.

Basically, the AdMob is an advertising platform provided by Google that allows you to place ads in your app.

With the help of AdMob, you can make money from your app by applying an ad platform to your app.

Mobile apps are a great way for business owners to make an additional source of revenue. They are also the perfect platform if you think that your idea will be the next big thing in the industry, like Instagram or TikTok.

Applications are among the top revenue generators in the world. According to statistics, Android and iOS app revenue reached $133 billion revenue in 2021, a 19% year-on-year increase. iOS was responsible for 63% of total app revenue in 2021

As mobile applications are what make up the mobile experience in the first place, many people use them every day. Therefore, earning through apps makes money for app owners.

This article will show you why you should monetize your app and how to do so with the Swing2App AdMob plugin. Put your feet up, relax, and read your way into a profitable future with your app.

Let us start with the basics.

What Is App Monetization?

There is a lot of talk about app monetization, but what is it? The process of app monetization consists of converting your app into revenue, most likely passive revenue. Your app becomes your revenue generator. Also, it is how an app owner or developer can leverage the mobile market to make money from the app.

The process of monetizing apps is not one-way, and there are many possible ways to do so. Various types of app monetization strategies exist, and in this article, you’ll see all of them.

Why is App Monetization important?

Over 90% of the mobile apps on all the app stores are absolutely free to install. Even the most popular mobile apps can be downloaded or installed for free. What would it be like to spend hundreds of dollars on an app only to give it away for free? As an app owner or app developer, you need to adjust the monetization models, so you do not suffer a loss.

Like every other essential topic or niche in the general commercial industry, app monetization is backed by statistics and figures that show that it is very beneficial.

Of course, certain in-app monetization strategies are more often used than others. Rewarded videos are the most frequent type of in-app advertising. This app monetization method is employed by mobile games because they are one of the most downloaded and used apps. The advertisement phase becomes gamified in this way, improving the user’s experience. The gamer receives a prize after watching the video advertising. This method was valued at $5.9 billion in 2021 and is predicted to grow over 19.5% between 2021 and 2027.

On certain websites, you might have seen banners of different sizes with some texts and calls to actions. Well, that’s a banner ad also called a display ad.

Display ads have their own sizes and designs which can be about any service or product that they are trying to sell. In general, display ads served on a website are relevant to the website’s content category or services. Such targeted display ads can be served by using behavioural targeting or contextual targeting.

Display ads have been in the online space for almost twenty years now. The first display ad was run by AT&T in the year 1994 and the rest, as they say, is history.

Ever came across that ‘sponsored’ content in the middle of your feed? That’s an excellent example of a native ad.

Netflix and Spotify are two brands that are well known for utilizing their user’s data to create unique, relevant experiences. In 2017, the platforms partnered up to create a truly original native advertising campaign that garnered a lot of attention.

Native advertising is another popular app monetization approach. Native advertisements tend to blend in smoothly with the app’s design. It recreates the look and feels of your app, giving your users a more fulfilling experience while still being exposed to advertisements. Because of its success, this model is one of the most effective methods to sell mobile apps.

How to use the Swing2App AdMob plugin to make money from your app?

What is Admob Plug-In Provided by Swing2App?

Swing2App AdMob plugin allows you to set up in-app AdMob ads in your own apps and thus help in boosting your revenue.

The Google AdMob plug-in is a custom product that allows you to place Google AdMob ads in your app. If you purchase an ad-mob plug-in product, you can set ad-mob ads on an app produced by Swing2App.

Users can insert their own ad ID and set up and use the advertisement exposure pattern freely.

Advantages of the AdMob plugin:

1) You can display ads in any form at any time.

You can choose where, when and how an ad will be displayed within your app. You can control all this via the Google AdMob dashboard.

2) If the advertisement needs to be stopped for a while, it will be reflected directly in the app if the display is only ‘not used’. In this way you can even stop the ads if you think they are disturbing the user experience or any other reason.

For each app, it is easier to check how the ad ID is and how the exposure pattern is set within the swing-to-app site without having to go into the official ad-mob site.

Create a no-code app for free and monetize it later!

Please check the details of how to use the ad-mob advertisement plugin.