How much does it cost to publish an app on the app store? 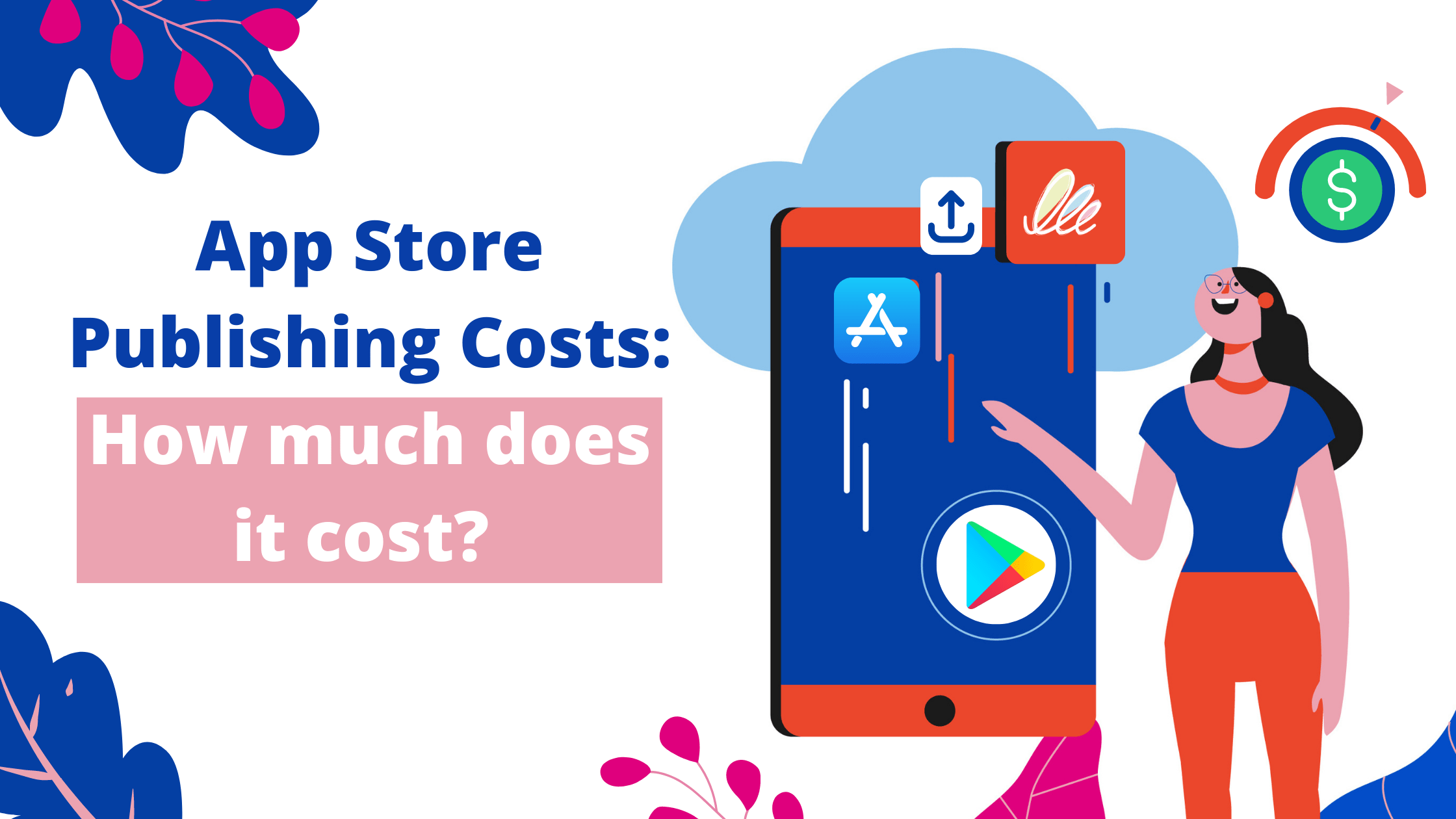 App creation completion is just the beginning of the app development process, not the end. The next step is to deliver your app to your users, and for this, you need to publish the app in stores.

For the app publishing service provided by these app stores charge a fee for app uploading and in-app purchases. This is how app stores make their money, while helping your app to reach a global audience.

What is an App Store?

An app store is an online platform where app developers publish their apps and customers download or purchase apps. The concept of creating an app store came only in 2008 when Both AppStore and Google Play store were launched. The reason behind the creation of App stores became familiar with the rise of mobile phones and tablets, but now it covers even desktop operating systems and Web browsers within its ambit. Web browsers like Mozilla and Google Chrome have their own app stores, from where users can download and install Web apps.

An App Store offers a variety of free and commercial apps, pre-approved for use on users’ devices. They can browse the app, purchase, download and install, and update it through their device’s app store.

All the major mobile operating system vendors, including Google, Microsoft, and Apple have their app stores, from where users can control the apps available on app stores. Additionally, some third-party apps are available online, such as Cydia for jailbroken Apple iOS devices and Amazon Appstore for Android devices.

It is true that both the app stores have the same objective — to provide their users with quality apps, however, they surely have some differences.

In terms of revenue, Apple App Store leads, and unlike Google Play, it is also available in China. In addition, iOS app users are used to paying for their iOS apps, which contributes to Apple’s revenue.

On the other hand, Google Play differs is more developer friendly than Apple App Store as the app approval process is not that strict.

Additionally, Google Play charges developers only a one-time registration fee of $25 to publish an app, but Apple has a $99 yearly developer fee (to be paid every year if you want your app on Apple AppStore.

Visibility: Pros and Cons for Both Platforms

Apple’s App Store is unique from a user’s perspective because it delivers high-quality, thoroughly checked apps. Additionally, customers can safely enjoy iOS apps with budget-friendly prices from the list of available apps.

An advantage for Apple App Store users would be a disadvantage for Google Play Store users. There are many more free apps available for Android users as compared to Apple.

Types of developer programs in google and Appstore

Google charges a one-time $25 fee to get a developer account on Google Play, which lets you publish Android apps on the Google Play Store. Free apps are listed at no cost, and Google takes 30% of the revenues of paid apps for “billing settlement fees”. App developers can develop Android apps using Windows, Linux, or a Mac.

Steps to publish an app on the App Store

Users must pay the app store fee as a cost to publish their apps, to make them available for download and installation on the Apple AppStore. Let’s go through the following steps to make sure that you publish your app on an app store successfully. We will talk about two kinds of app stores where you can submit your app to the Apple App Store and Google Play Store.

With the Apple App Store, you can get the latest Apple accessories and products in a more personalized way. With the references based on the Apple product you currently own, you can upgrade your iPhone to a new one and discover the accessories compatible with your device.

Publish your app on the Apple App Store by following these steps:

Gather the pre-required information such as name and icon of the app, detailed features, separate keywords, support, marketing, and privacy policy URLs, rating based questionnaire, copyright and demo account. Go through the above-mentioned steps and follow them to submit your app to the Apple App Store successfully.

Further read: How To Submit Your App To The App Store In 2022

Google Play Store is one of the largest platforms for selling, promoting and distributing Android apps. It is available on the Home Screen on most of the Android devices.

Google Play Store also has its own set of rules and regulations which must be followed to avoid app rejection. Let us check out the steps to get the app published on Google Play Store:

Follow the above-listed steps to get the app published on the Google Play Store.

Further read: How to submit app on Google Play Store

Note: In-app purchases (IAP) include any transactions performed within the app, like booking a room in a hotel app. It includes only digital goods and not physical goods. If you use advertising as your app monetization strategy, then app stores cannot charge you for that.

With the Apple AppStore app distribution service, you get access to over a billion customers across the globe on iPhone, iPad, Mac, Apple TV, and Apple Watch. There is no app hosting fee, however; there is an annual fee of $99 for the Apple Developer Program and $299 for the enterprise version. Additionally, Apple will take a share of your in-app purchase (digital goods) revenues.

Now you might me thinking -> how much percentage does Apple take from your app revenue? There was a 30% commission on all paid apps and in-app purchases on the App Store until November 2020. However, since then, two rates have been available:

Note: To qualify for the 15% app store commission fee, apply for the App Store Small Business Program that launched on January 1, 2021. It is estimated that 98% of app developers qualify for this Program, according to Sensor Tower.

If you’re wondering how Apple ensures to get a share of your app revenue, here’s the answer:

“If you want to unlock features or functionality within your app (by way of example: subscriptions, in-game currencies, game levels, access to premium content, or unlocking a full version), you must use in-app purchase.” – App Store Review Guidelines

Google also takes 30% of your app revenue, and after a year, it decreases to 15% of subscription revenue. The developer account also requires a one-time registration fee of $25. Understanding the financial aspects of your app model can help you optimize your app for the Google Play Store.

Like Apple, Google also legally obligates you to share your app revenue. Google’s guidelines are as follows:

What is better: Play Store or App Store? Surely, it is a constant clash between two giants in the app development industry. A variety of different apps can be found in the Google Play Store and Apple App Store, both of which are thriving marketplaces. Furthermore, their app stores offer excellent resources and monetization opportunities for developers as well as convenience for Android and iOS users.

Both app stores have many positive aspects as well as some downsides that could be improved. Taking into account the Apple App Store vs Google Play Store contest, we can easily conclude that it is a tie.