Web App Vs Progressive Web App: Why Are They Different From Each Other? 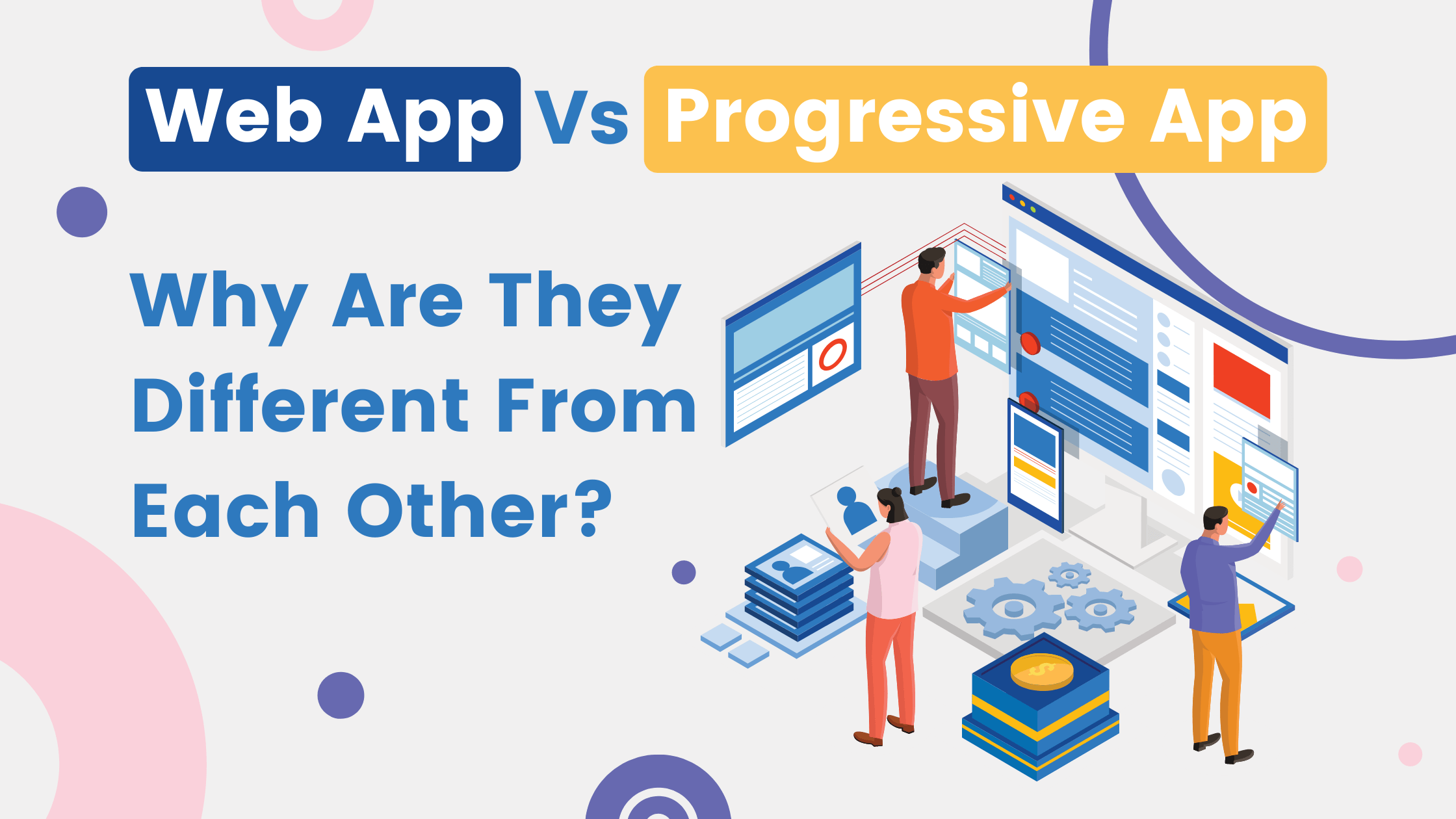 Progressive web apps might be the next big thing for the mobile web app. Originally put forward by Google in 2015, they have already attracted a lot of attention because of the relative ease of development and the almost instant wins for the application’s user experience. To get these things done easily, users expect to get an enjoyable experience with their mobile devices. But conventional websites cannot provide that experience and the reasons are many from slow loading speed to noninteractive UIs (User Interface).

Here comes the idea of web apps that offer a more pleasing user experience regardless of the device and browser you use: Progressive Web Apps (PWA)

In the past few years, the number of mobile users has increased sharply and the need for a better web experience on mobiles has arisen. Progressive web apps (PWAs)are the next level of regular web apps.

Statistics to support our claim:

Hulu: The streaming platform changed its platform-specific desktop interface with a Progressive Web App (PWA). Repeat visits increased by more than a quarter of a percent.

Forbes: The firm witnessed a 43 percent boost in user sessions, a 20% rise in ad exposure, and a 100 percent increase in total engagement rates.

What are Progressive Web Apps?

In essence, a PWA is a conventional web app with some added functionality. Alex Russell, a Google Chrome engineer, coined the term progressive web applications. It provides a superior user experience due to its increased features above a standard web app.

A Progressive Online App (PWA) is a high-end web and app experience that combines the best of both desktop and mobile platforms. This web app’s feature has sparked a surge in demand for progressive web app development.

It makes no difference if someone is using a computer, phone, or tablet. A PWA should perform equally well for either of them. It should also be able to cope with sluggish internet connections and even provide some information when there is no internet at all.

Our in-depth guide on progressive web applications will teach you all you need to know about them. PWAs include Pinterest, Trivago, Twitter Lite, and Forbes, to name a few.

Microsoft produced a list of criteria a PWA should contain as part of its promotion efforts.

Progressive: It must work on any device and enhance progressively, leveraging whatever features are available on the user’s device and browser.

Discoverable: Because progressive web apps are websites, they should be searchable. Native applications lack this capability, which makes them a significant disadvantage over websites.

Linkable: Similarly, a well-designed website should use the URL to indicate the current status of the application, another characteristic inherited from websites. When a user bookmarks or shares a web app’s URL, this will allow the web app to retain or reload its state.

Responsive: A progressive web app’s UI must adapt to the device’s form factor and screen size.

Connectivity-independent: It should be accessible in areas of low connectivity or offline

Re-engageable: Push notifications, among other features, allow progressive web apps to achieve the same goal of increasing app usage as in native apps

Installable: You can install a progressive web app directly on the device’s home screen, so that it can be accessed instantly.

Fresh: As soon as new content is published; the app should make it available to users who are connected to the Internet.

Safe: It is vital that progressive web apps be hosted over HTTPS to prevent man-in-the-middle attacks due to the rich user experience and the ability to intercept all network requests through service workers.

It is worth noting that any website may be turned into a Progressive Web App. It doesn’t make use of any particular technological stack.

The following is a list of the advantages that come with PWA development:

Designing a progressive web app is substantially less expensive than developing a native app or a web app. You do not have to pay money to submit an app to an app store, unlike native programs. You’ll also want a single app that works across all platforms and devices. Many PWA frameworks are available to help you quickly create these apps.

PWAs that are discoverable function with web browsers and are searchable, giving you the ability to optimize them for search engines. It implies you may utilize SEO to improve your PWA’s rating and gain more users to increase sales.

Because progressive web applications are cross-platform and cross-browser compatible, every company requires only one PWA that works on every device and in any browser. It helps firms save money while also increasing their potential.

A PWA can cache data on a device, allowing users to view material even when they don’t have access to the internet. In a nutshell, we can state that PWAs can function without being connected to the internet. This app’s offline feature offers value that isn’t available in normal online apps.

You may invest in PWA development instead of bespoke web development to design a personalised website, which will provide you with a safe, quick, user-friendly, and feature-rich online solution to optimise your income. PWAs have the advantage of being extremely safe because they are delivered through HTTPS.

Aside from these advantages, PWAs provide plenty of other advantages to enterprises. In our blog, you can learn about all of the advantages of Progressive Web Apps and how they may assist you.

Twitter Lite is a simplified version of Twitter. It is one of the most successful PWA in the market. “Twitter Lite is quick and responsive, consumes less data and storage space, and enables push notifications and offline use in current browsers,” according to Twitter.

The victory indicators are:

A PWA is used at a well-known coffee cafe. According to the creators, it offers a “precise, quick, integrated, dependable, and engaging experience.” The app is designed to take advantage of a PWA’s limited networking capabilities.

It was a momentous success, to say the least. They “doubled their daily active monthly users” after they went live. The website’s app-like vibe isn’t just loved by mobile users. They discovered that desktop users order at a similar pace as mobile users.

On iOS, AliExpress observed an 84 percent increase in sales conversions.

It’s a Chinese eCommerce platform with a rapidly rising mobile user base. The company’s native app was having trouble acquiring additional installations, and user engagement was costly.

A progressive web app is the next step of a web app that can be loaded on a device and appears and feels like a native app. You don’t need to utilise a URL; simply install a PWA on your smartphone and run it from the home screen by tapping its icon, just like any other native app. Furthermore, these web applications contain a number of features that give them the appearance and feel of native apps, but they cannot be installed on any device.

Furthermore, mobile apps can make better and more comprehensive use of device characteristics, giving them an advantage over traditional web apps. Because it is lightweight, easy-to-use, safe, and helpful, a business may create an exceptional client experience and boost the odds of the app being adopted by establishing a PWA.